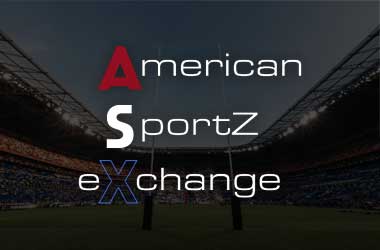 Paddy Power which now belongs to Flutter Entertainment was co-founded by Paddy Power’s father. The son Paddy continues to be a brand ambassador for the brand and was the ex-head of communications at Paddy Power which is one of the biggest players in the Irish gaming market.

Power announced that he is planning to launch a virtual sports trading exchange and app that will serve as a virtual stock market for the global sports betting market.

The new startup is called American SportZ EXchange (ASX) and Power expects it to generate a minimum of €10 million within the last 18 months.

Some analysts might scoff at those predictions but Power has loads of experience behind him. He has advised over 10 start-up companies and has had significant success with two of those companies. ASX is different because it is his baby and the first venture that he is going to aggressively market after Paddy Power.

ASX is reported to have a €4.5 million evaluation and Power is looking to raise €500 million through Spark Crowdfunding which is Ireland’s top crowdfunding platform. The project generated €100 million within an hour of it going live as multiple investors chipped in before the campaign went live.

Power confirmed that he intends to use all of his marketing prowess which at times can be quite controversial. His marketing campaigns at Paddy Power created quite a buzz but helped get Paddy Power a lot of publicity. He believes that ASX will make a lot of noise in the competitive sports betting market and help set the stage for the second crowd funding round soon.

ASX is being promoted as a sports betting exchange that will allow fans to speculate on the performance of sports teams and players. It merges financial tech with daily fantasy scoring to create its sports betting exchange. Users will get access to live share prices of different sporting teams and individual players. These prices will be determined by real time results that are calculated using an algorithm and a live data feed.

Users will be able to trade shares depending on how they think a team or player will perform in the short term. These trades will take place similar to the trades on a stock exchange. ASX will make its profits by taking a percentage of the trading fee. ASX will give players the option to trade for free and real money.