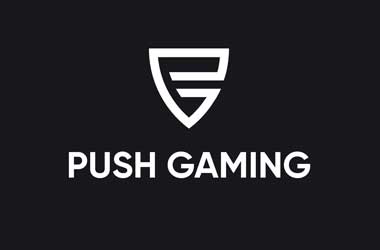 The terms of the deal allow The Rank Group to offer all of Push Gaming’s online casino games across all their online gaming brands.

The Rank Group is one of largest UK gambling firms, but also maintains a robust presence in other regulated territories.

Push Gaming will introduce their content to The Rank Group’s brands through their proprietary platform. Some of the more notable Push Gaming titles include Razor Shark, Immortal Guild, The Shadow Order, Wild Swarm, Fat Rabbit and their latest release Joker Troupe.

James Marshall, the CEO of Push Gaming was very excited to partner with one of the most renowned brands in the UK gambling scene. Marshall said that The Rank Group’s excellent standing in the UK will help Push Gaming expand the market reach of their games substantially. Furthermore, Marshall said that The Rank Group’s presence in other regulated territories could help Push Gaming expand into those jurisdictions one day as well.

The UK Gambling Commission (UKGC) granted them a license in early 2020 to offer their services in the UK. Since then, Push Gaming has attempted to bolster their presence in the UK.

Push Gaming has made waves with their bold moves in the last few months. In April 2020, Push Gaming announced that they have entered into a partnership with gambling behemoth GVC Holdings, which would result in all their titles being rolled out across GVC’s online gambling brands.