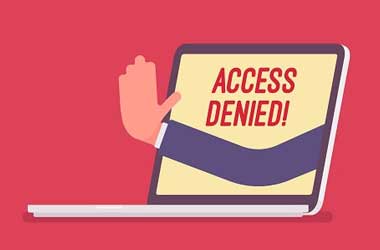 The COVID-19 crisis resulted in an extended lockdown in the United Kingdom. With millions of Brits being stuck at home and not having much to do; they turned to online gambling and betting sites for entertainment.

Licensed iGaming operators in the UK reported a spike in online gaming revenues during the lockdown as a number of new players signed up. GAMSTOP reported that the number of Brits using its self-exclusion tools has increased significantly during 2021.

GAMSTOP gives players in Great Britain and Northern Ireland the option to use their free self-exclusion tools and restrict themselves from playing at online casinos and betting sites. The operator reported that during the first 6 months of 2021, over 40,000 people registered for their self-exclusion service.

When compared to the first half of 2020, there is a 25 percent increase in the number of self-exclusion users, bringing the total number to 218,000. GAMSTOP gives individuals the option to self-exclude themselves for different periods of time, to get their gambling habits under control. There is also an option to self-exclude for life.

GAMSTOP says that 58 percent of these users have chosen the option to self-exclude for life. On analysis the numbers, the majority of users on the self-exclusion were male (70 percent) while the remaining was female (30 percent).

GAMSTOP also carried out a survey on 3,300 self-exclusion registrants and found that the ethic breakup was similar to the overall population in the UK. The survey results showed that 89 percent were Caucasian, 3 percent Asian, 2 percent Black and the remaining 1 percent were mixed race.

A huge percentage of those using the self-exclusion service are very young. The survey showed that 59 percent of uses fall into the 18 to 34 age range while 41 percent fell into the 25 to 34 age bracket. These services were used by individuals from all socio-economic backgrounds. Over 75 percent of those using these self-exclusion services were either employed full time or had a part time job, while 63 percent of them said they had no children.

Fiona Palmer, CEO for GAMSTOP said that it was an encouraging sign to see the number of self-exclusion users increase by 25 percent in the first half of 2021. Palmer said it was important to continue to raise awareness and educate the public that these self-exclusion tools were available free of charge.