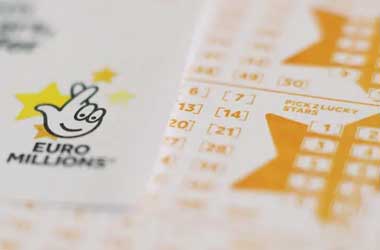 A UK resident has made history after winning the biggest lottery jackpot of all time on July 19.

The British player, who remains unnamed, owns the ticket that matched the winning EuroMillions combination on that day: 6-23-27-40-41, and the Lucky Star numbers 2 and 12.

The massive jackpot win, worth £195 million, will still undergo a series of validations before the money is awarded to the lucky winner.

Camelot‘s Andy Carter said they’re ecstatic that the record jackpot was won by a UK player. He said they will now concentrate on assisting the winner through the process so he could begin enjoying the life-changing sum.

The claimant’s identity, and any other details relating to the winning ticket, including where it was bought or whether the player is the sole ticket holder or part of a syndicate, will not be released without the winner’s permission.

Upon receiving the record jackpot, the claimant officially surpasses Adele and Tom Jones, who are worth £150 million and $180 million respectively. Both celebrities are part of the 2022 Sunday Times Rich List.

The previous biggest lottery haul in the UK was won just in May this year by Joe and Jess Thwaite. The couple from Gloucester, who was then working on their dream home, had the biggest surprise of their lives when they found out they’d won £184 million. Their win came just over two years after an anonymous ticket holder won the UK’s previous largest lottery jackpot worth £170 million.

Over the years, the world has witnessed how lottery jackpots have changed the lives of so many people around the world. In the UK alone, a total of 15 players have so far won more than £100 million playing the lottery.

Friendship Strengthened by Lottery Jackpot Win in US

Charles didn’t take the money all to himself as he shared half of his winnings with his friend of 35 years Scott Edwards, fulfilling their longtime pact that they’d split the money if one of them hits the jackpot.

Charles had bought his winning Fast Play ticket from a food mart in Lexington, South Carolina. The ticket cost $5 and would win 50 percent of the jackpot total. At that time, the jackpot up for grabs was $723,054.