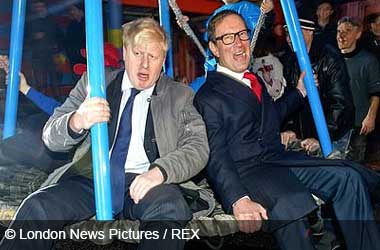 The UK government along with the UK Gambling Commission (UKGC) are waiting on the results of a review of the archaic 2005 Gambling Act. The report is expected to have a long list of changes that the UK gambling industry will be subject to.

Many anti-gambling opponents have applauded UK PM Boris Johnson and his government for finally getting a special team to review the 2005 Gambling Act.

Gambling opponents have pushed for a massive overhaul of current gambling regulation saying that current laws do not provide sufficient protection to Brits.

The Times recently broke the news that the UK PM had met with health lottery boss and Tory donor Richard Desmond a few months before the gambling review was launched. PM Johnson is alleged to have promised Desmond a review into current gambling laws and also promised him a certain outcome based on the review.

The Times also confirmed that it had obtained a letter that Desmond wrote to the PM through the Freedom of Information Act. Desmond owns the Health Lottery which consists of 12 local lotteries that donate 20 percent of their revenue to health related organizations.

Current gambling laws in the UK are only allowed to run jackpots to a max of £500,000. This cap was earlier set to £400,000 but it was pushed up to £500,000 in 2019. Desmond has been pushing hard for this cap to be pushed up to £1 million. PM Johnson replied to that letter informing Desmond that he had a task force that would be looking into these limits and labelled the health lottery as very impressive.

The exchange of letters between the two parties does not suggest any impropriety in an official setting but there have been other unofficial remarks that are a concern.

The 69 year old lottery boss has gone on record to tell the Sunday Times that PM Johnson rushed up to him Downing Street and told him personally that the health lottery would soon have a new max ceiling of £1 million. A government representative indirectly denied these allegations saying that the policy on the max jackpot for the health lottery continues to remain the same.

A Health Lottery representative said that they were looking forward to the results of the 2005 Gaming Act review which is expected to be released in August 2021.