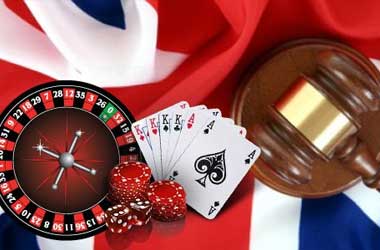 UK gaming and betting operators have been under the pump in the last few months as the UK government and the UK Gambling Commission (UKGC) have taken steps to tighten gambling regulations, make gambling advertising protocols more stringent and push for operators to adopt a more responsible gaming outlook.

The Department for Digital, Culture, Media and Sport (DCMS) is also currently reviewing the 2005 Gaming Act and are expected to make significant changes that will curtail the liberty of gaming and betting operators.

Betting and gaming operators will now have to pay higher licensing fees as DCSM has given approval for the UKGC to raise licensing fees from Oct 1, 2021. The DCMS had carried out a consultation into the funding programs of the UKGC in Jan 2021 and concluded that the UKGC needed to receive more funding in order to carry out its regulatory responsibility properly.

DCMS made it clear that the UKGC is cash strapped and is in urgent need of more financing in order to successfully carry out its responsibilities for the next decade. The UKGC had multiple areas that needed to be revamped on a regular basis which included increasing its overall expertise as a world-class gambling watchdog, carrying out regular and extensive training of UKGC staff and investing in technology that will help them to receive, analyse and use data to its advantage.