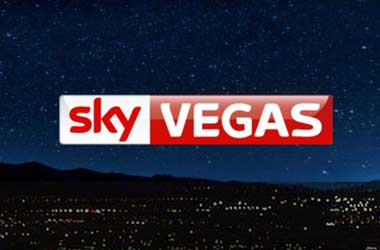 The fine came during the annual Safer Gambling Week, an attempt by the UK gambling industry to improve perceptions around its social responsibility. Sky Vegas has joined the litany of major brands that have failed to protect gullible sections from gambling addiction.

The penalty was levied after Sky Vegas sent a promotional offer to 41,395 customers who had opted for voluntary exclusion from gambling. The scheme offered 100 free spins in lieu of a £5 wager. About 249,159 additional customers, who had previously unsubscribed from marketing emails, also received the promotion.

The email floated the offer with a message promising punters that they could retain their winnings after wagering £5 and claiming the 100 spins. The email featured visuals of slot machines and claimed to serve ‘Entertainment like no other’. After the incident was revealed in November 2021, several ex-addicts warned the company of triggering a relapse.

Andrew Rhodes, the CEO of the United Kingdom Gambling Commission (UKGC), cautioned that sending marketing emails can cause vulnerable customers to gamble again. The executive encouraged other operators to avoid sending promotions to self-excluded players and those who have unsubscribed from emails. Rhodes added that Sky could have incurred more than the levied fine had it permitted any self-excluded customer to bet and failed to take any action to prevent an encore.

Flutter UK and Ireland’s CEO Conor Grant acknowledged the error of Sky’s ways and said that the firm did not do enough to protect its vulnerable customers. He added that the company acted promptly upon the identification of the mishap. Grant confirmed that strict preventive measures were enacted, and a report of the investigation was sent to the regulators, apart from notifying the regulators and apologising to customers. Grant said that the company would accept any findings of the UKGC regarding the error.

Before Sky Vegas incurring penal action, 888casino was fined £9.4 million last week for its multiple failings that caused its customers to lose millions during the pandemic. Gambling company BetVictor incurred a £2 million fine in February 2022 for breaching money-laundering controls and failing to ensure fairness and social responsibility similar to Rank Group and Annexio in in January.

The fines come ahead of the UK government’s proposal to publish a white paper suggesting gambling reforms, slated to release in the following weeks.